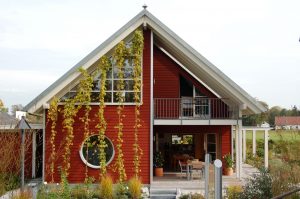 ” charges or credits refers to the case of In Re the Marriage of Watts. The court in that case dealt with the issue of what happens when one party in a divorce uses a community asset after separation. Common situations are when one party stays in the family residence and the other moves out or each party uses a particular car after separation.

The general principle is that the court may charge a person who uses a community asset after separation for using that asset. This is up to the court’s discretion depending on the circumstances. If the person using that asset is paying something toward the expenses of the asset, that is taken into consideration. A Watts charge occurs when someone is getting more benefit than he/she is paying for.

For example, if one party is in the house and it could rent for $2,000 a month, that is the value of what is being used by that party. However, if that person is paying the mortgage, property taxes and homeowner’s insurance which total $1,500 a month, then the excess value is $500 a month. The idea is that this value belongs to the community and if the house was rented, the rent of $2,000 would pay the $1,500 that was owed and that would mean the community would have a profit of $500 a month to be split between the parties. In this example, the person in the house could owe the other party one-half of that excess $500 a month, or $250 a month, for each month he/she lives in the house after separation until it is sold or awarded to one of the parties in a court order.

The same principal could apply to the use of the car. You might consider what it would cost to lease that car as the “use” value. And you would consider the cost of any car payment as an offset.